Impressions from the Slavimir Stojanović workshop at the 7. SUND Fest in Belgrade

We are definitely sure that you would like to hear of the impressions from the workshop that Slavimir Stojanović has lead in Belgrade during the last weekend?

You already know we have been endorsing student art festival SUND from Serbia. We decided that the festival itself could me more design-ish if we invite a well known designer from the region to held a workshop that is mainly aimed for students.

Slavimir Stojanović is an Skopjeposter old friend. He has been a jury member at the 5th. International Student Poster Competition “Money For Free”. No special introduction is needed for Slavimir but only the information that he is one of the few that has collected the worlds most respected awards in design.

Slavimir has created promotional poster for the workshop.

All this posters will be exhibited at the 9. Skopje Poster Festival from 20 until 30 November 2016 as non-compete works, including posters of the students that will decide to participate -which will be shown either in the 100 finalist, if pre-award selection is passed, or along with the non-compete works.

Note: As we have policy not to show the posters of ones that decided to participate in the competition, we will present only authors motivation for designing the posters and impressions from the workshop.

My poster was inspired by the will to recognize I – me in the word IDENTITY. The focus is on the individual itself and unavailability to fight against the chaos in which he is caught. 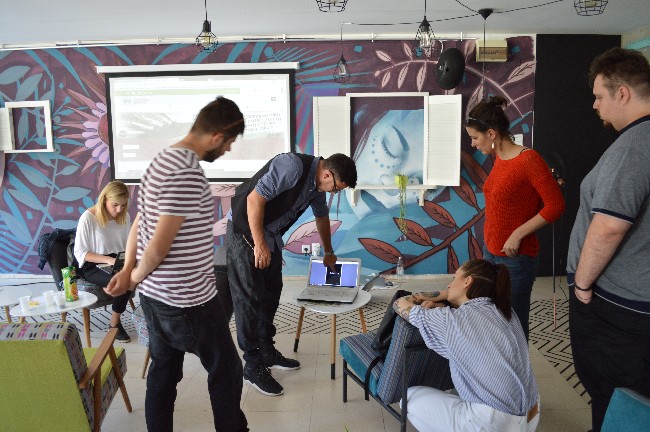 My poster represents symbiosis of three elements: question mark (symbol of thoughts, abeyance), human (subject of the identity crisis) and circles (reflection of the quantitative possibility of choice); and all are combining into one dot (human’s head) in order poster to communicate the issue before, or precisely before the topic to be absolved. 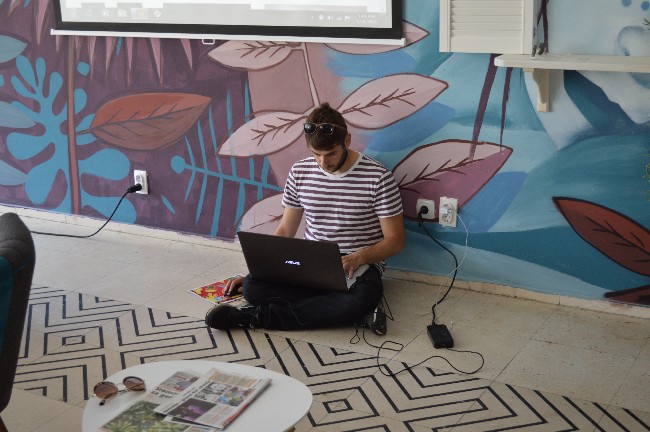 The individual alone is indivisible from the society, respectfully identity is functioning between two extremes. When we move against society processes, we will either face the society or society will face us. The different paths of the individuals are unrecognisable in the crowd when we consider the bigger picture, but even a little shock can result in big waves if the individual manage to find its way to the swarm. 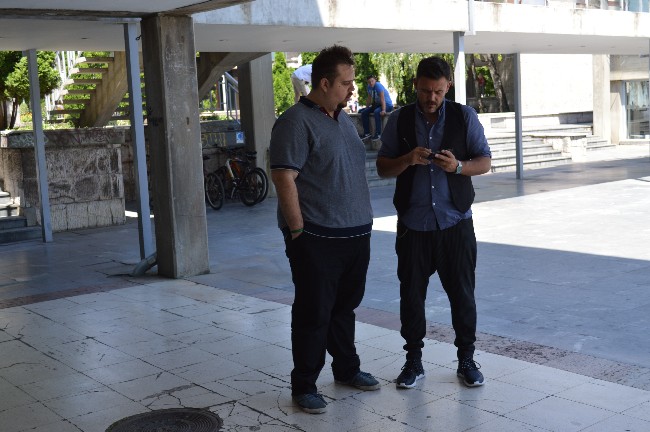 Inspiring workshop, inspiring topic and designer who’s fighting spirit, experience and energy captivate the time and the place. For a moment myself and the paper were left alone with “identity crisis”. Series of sketches and ideas were rushing trough and the identity crisis, which is a big challenge we all face, got a visual solution that will push me one step forward. Designing for this issue leaded me to fight against it and getting an answer to the question whatever I should make a compromise between working style and what would others like to see in result. 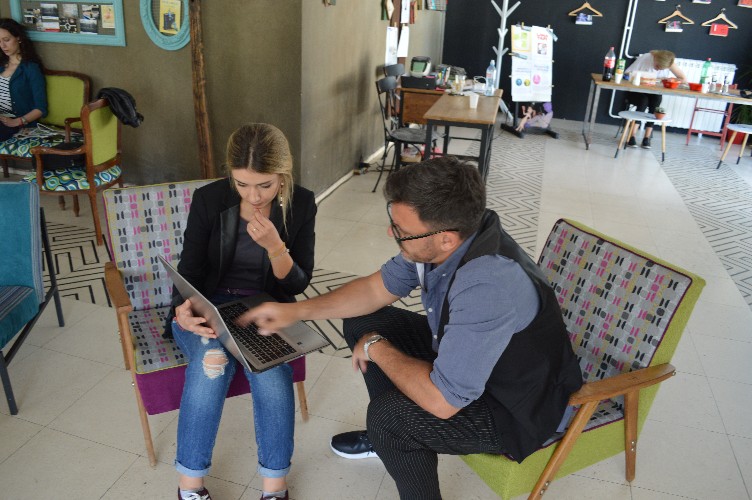 I got the inspiration for the poster as an answer to continuous turmoil on the territory of the ex country, where the fight for the alphabet was considered equal to the national identity. For me that is complete nonsense and a way to refocus people attention from real problems. Alphabet is something we should be proud of and using an Latin or Cyrillic alphabet should not be bound to the nation. 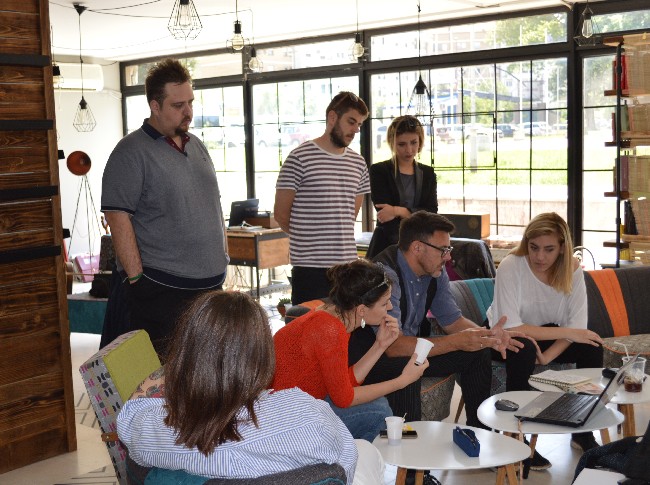 I have found inspiration in the contemplation processes that are undergoing in my mind when creative identity is the issue as well in the process of finding language for communication with the public.

I hope it will be understandable… 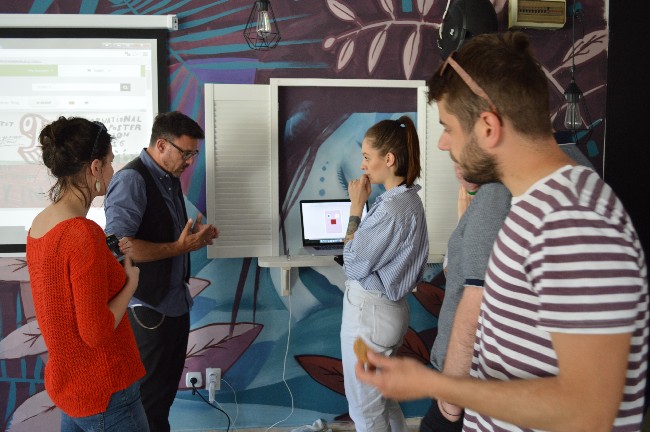