The closing of the recent exhibitions from Skopje Poster Festival at the Museum of the City of Skopje completed the 10th jubilee edition of this urban graphic design cultural project. 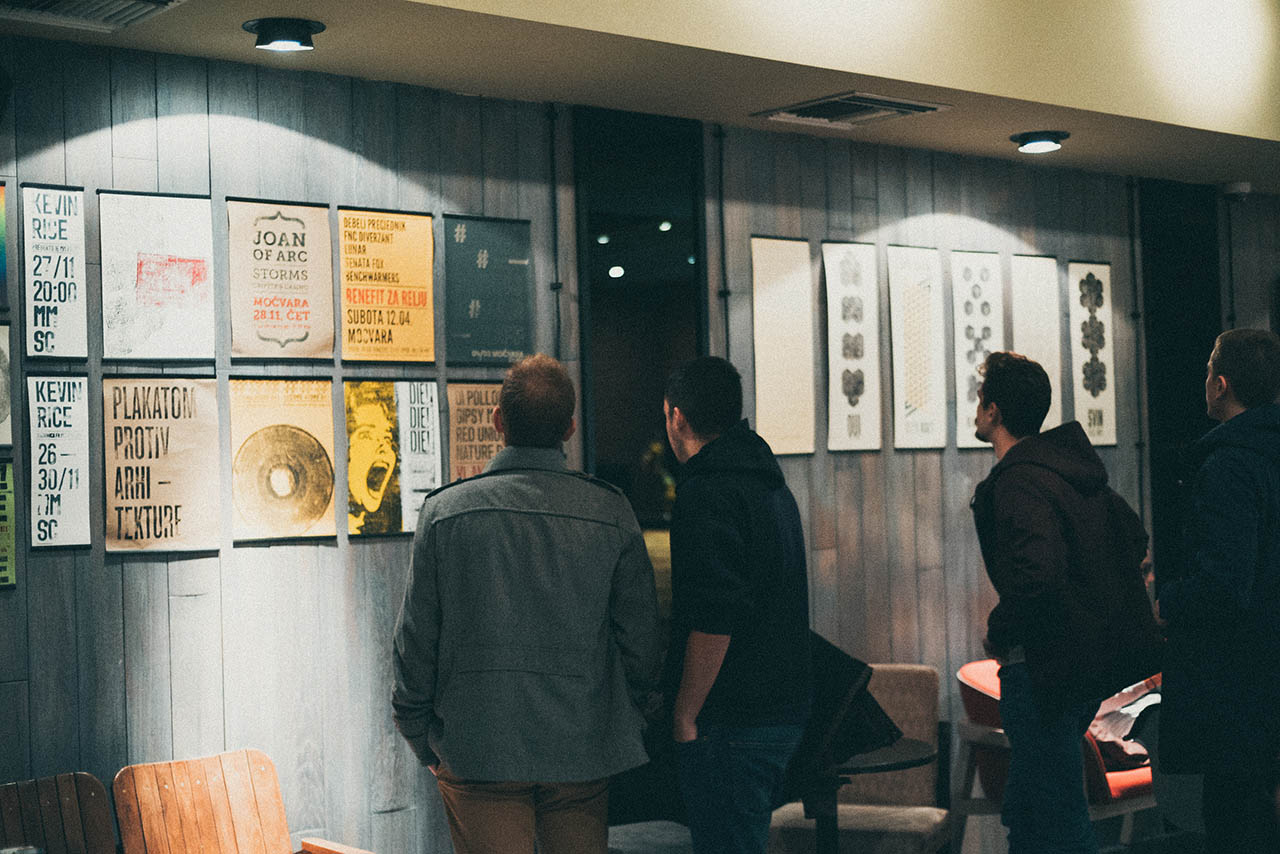 The jury concluded of graphic designers from 5 countries faced difficult task of undertaking a selection of thousands of posters from 68 countries around the world submitted at 10th Skopje Poster Competition on the theme “Artificial Reality”. Hundred finalists, including four authors from Macedonia, took part in the honorary selection of best of the best. The main prizes went to designers from Poland, Jakub Sobczak and Russia, Daria Grekova, jury special awards were given to authors of poster-artists from Macedonia and Hungary, and the remaining 6 honorary mentions were received by young designers from Canada, China, Poland, Hungary. 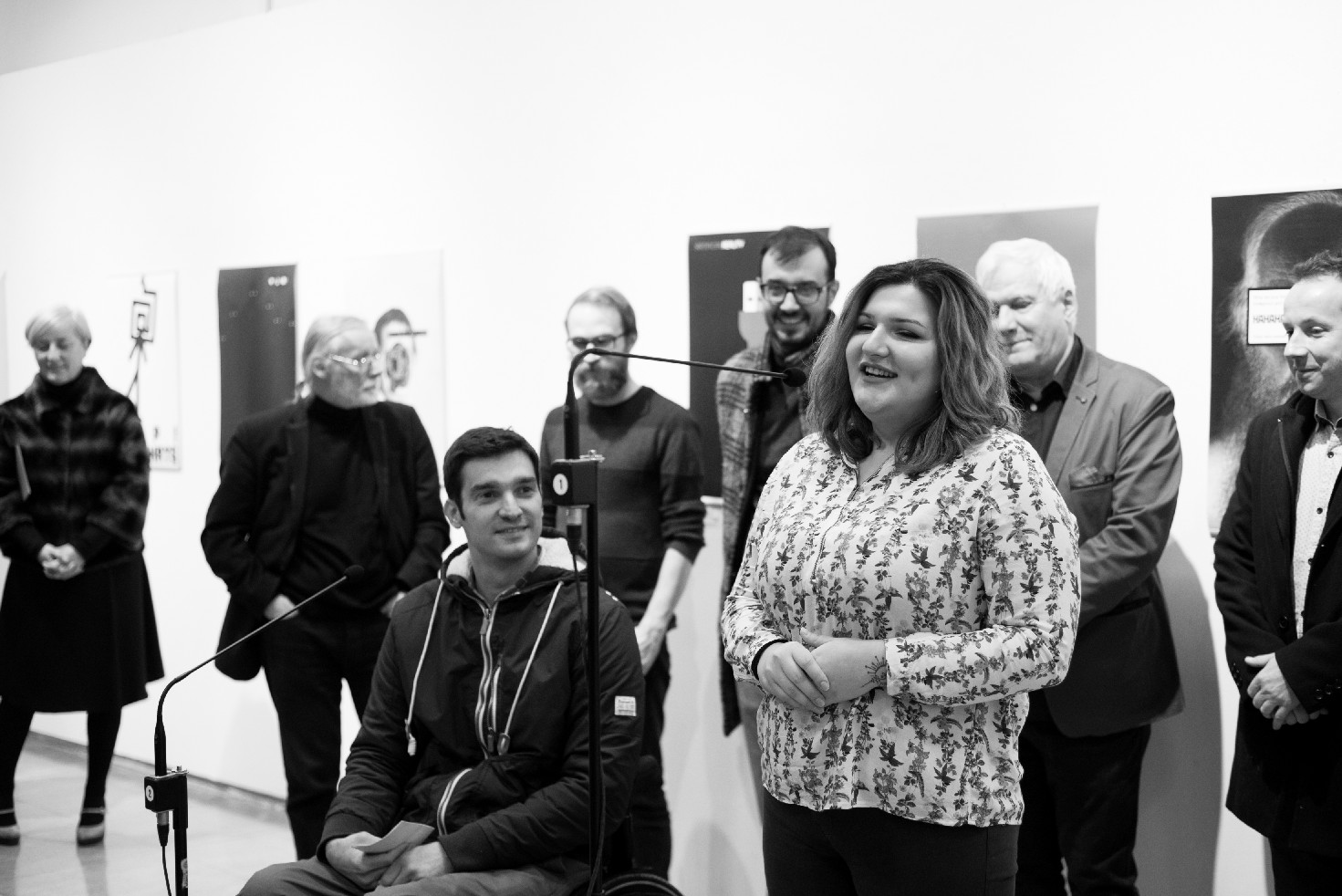 Within the framework of the festival, on November 17, a panel discussion on the topic “Design and social inclusion” and a design conference entitled “5 Experiences for a Successful Design” took place. Participants and panelists were Minister of Labor and Social Policy, Mila Carovska, UNDP Deputy Chief of Mission, Narine Sahakyan and Deputy Ambassador of the Swiss Embassy, Stefan Tomagian. The Panel Discussion was complemented by a presentation by Laze Tripkov and regarded the influence that the design has on social changes and for greater involvement of the marginalized groups. This unique event offered useful experiences and served to create the grounds for further cooperation of the government sector and international organisations on the one hand and the creative workers on the other. Details about the initiated projects will be announced soon. 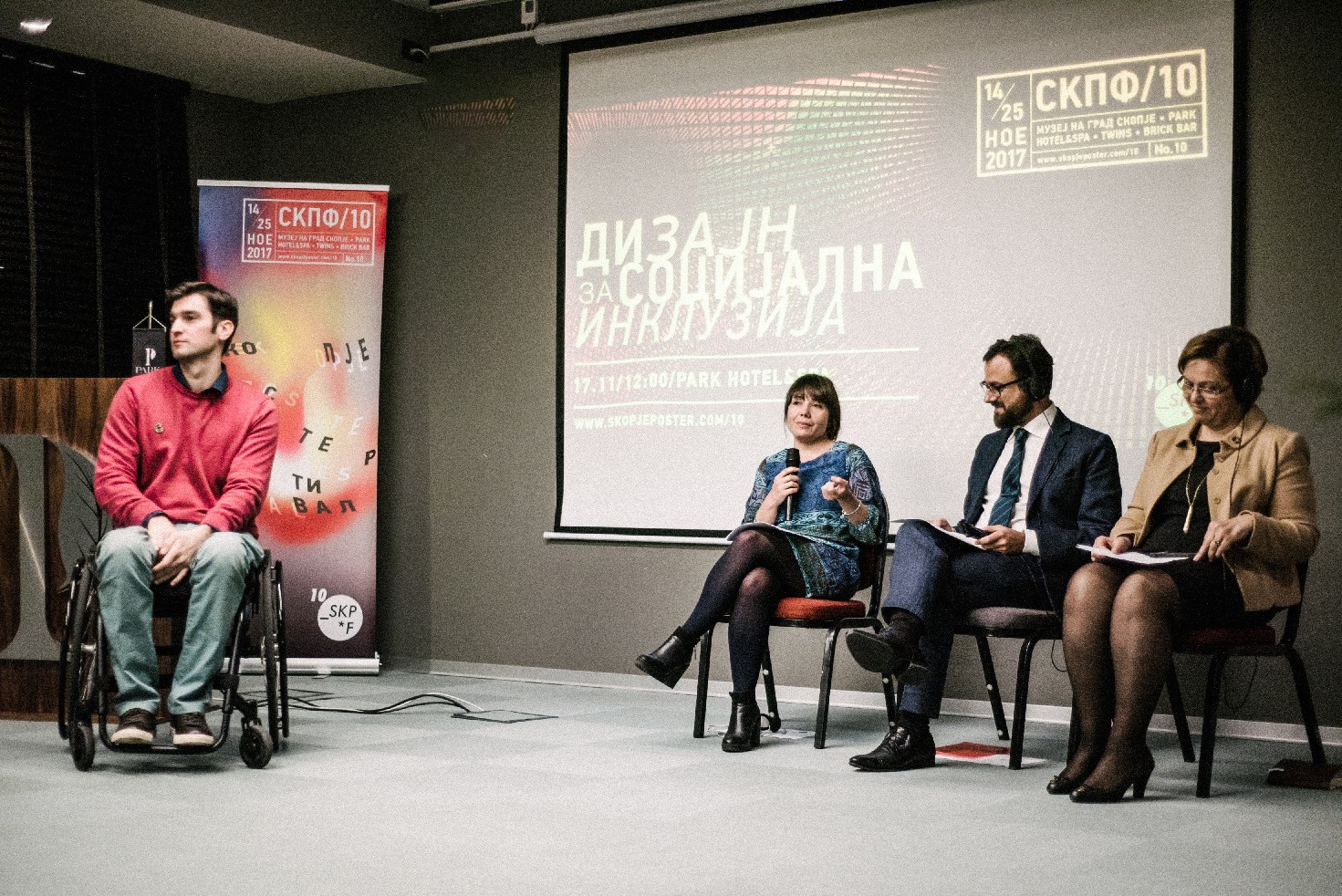 Alongside the jubilee competition exhibition, accompanied by exhibitions from workshops around the world, the festival featured exhibitions on a Contemporary Macedonian Poster with participation of poster-artists from the country, workshop artworks exhibitions mentored by Reza Abedini and Lex Drewinski, as well as an exhibition of “analog” posters by the duo Sven Soric and Hrvoje Spudic – This Town Needs Posters from Croatia. Finally, the special selection exhibition of 50 works by jury members was held at Four Restaurant. 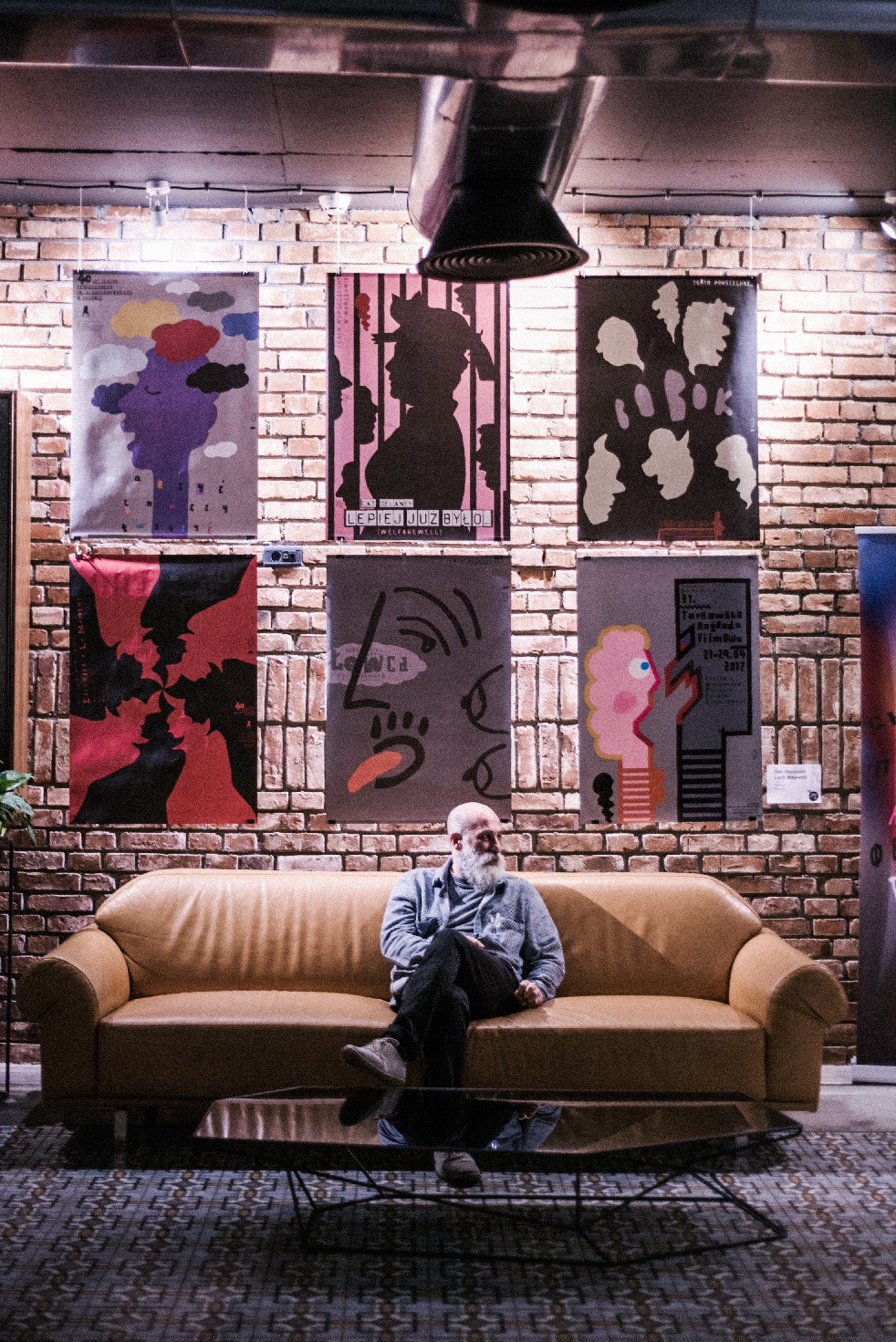 The festival, supported by the Ministry of Culture, took place at 5 locations, the Museum of the City of Skopje, Brick Bar, Twins, Four Restaurant, Park Hotel & Spa and provided best possible expeirences and practicies for both design and creative scene in the region.

In the upcoming months, the exhibition “Artificial Reality” will be showcased in several cities throughout Macedonia. Abroad postreview exhitibion tour will start from Poland and Turkey, which are only first of the series of planned collaborations outside the country.

Click for Photo-gallery from the Festival: 10. Skopje Poster Festival