“Month of the poster” in Skopje officially is ending with the closing exhibition of the 7th Skopje Poster Festival titled “Design for Peace”. But the Association of graphic designers PLAKART has continued with its activities of the promotion of the anniversary traveling exhibition “50 FINALIST | 2008-2012” in Warsaw, Poland.

The poster exhibition was opened at 17th December, 2014 at the BUW Gallerry which is part of the largest and oldest Polish Poster Gallery, and will be opened till 11 January, 2015. With this final poster exhibition for 2014 PLAKART has finalized the activities for this year, and preparing for other challenges in 2015.

The “50 FINALIST | 2008-2012”  exhibition is consisted of 50 posters from the 5 editions of Skopje Poster, including topics like: Tolerance, Power vs Poverty,  ECOLOGIC, HIV-AIDS and Money for Free. 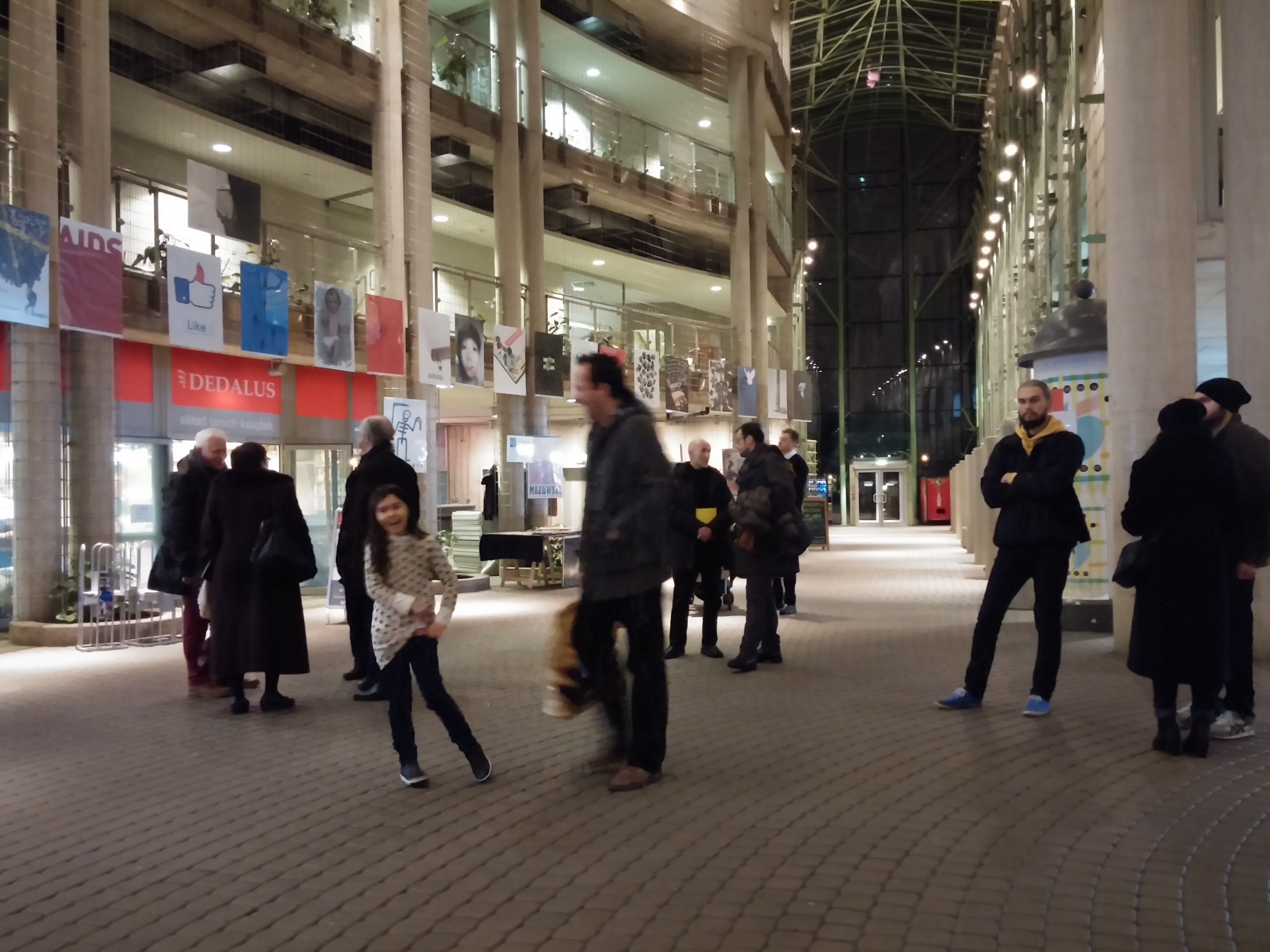 The opening ceremony of the exhibition was attended by  students from the Academy of Fine Arts in Warsaw, Krakow, Wroclaw who are regular participants and winners of the top prizes at the Skopje Poster Festival, professors and designers from Warsaw and Poland, honorary president of Plakart prof. Lech Majewski, and representatives of partner organizations: the prestigious Museum of Poster, Warsaw Poster Biennale, and officials from the Bureau of International and Cultural Cooperation of the City of Warsaw.

As a reminder of the 7th Skopje Poster Festival was preceded by the exhibition of the founder of PLAKART Laze Tripkov, which was officially opened at 17 November and lasted till 05 December 2014, at the MKC Gallery.

The 7th Skopje Poster Festival was marked by the exhibition “Design for Peace”, which included selected 100 student posters, out of total 2023 submitted posters from 44 countries. Also at the main event were displayed drawings as part of the action “Drawing for Peace” made by children of age 9-11 years old, and posters by professional Macedonian designers that have been inspired by the kids drawings.

As part of the festival was held the First Regional Design Conference “The State Of Design In The Balkans And Their Integration In The Educational Process” attended by Iva Babaja – President of ICO-D, Davor Bruketa – Croatia, Borut Wild from Serbia, prof. Aysegul Izer from Turkey and Mila Melank from ULUPUBIH from Bosnia.